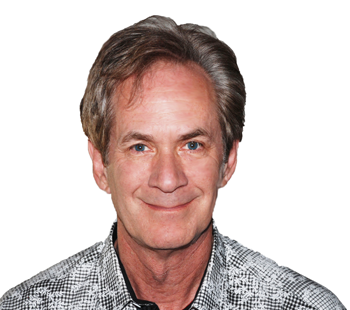 “There's never been a better time to develop your voice and start a voiceover career.”

An approach to voiceovers, voice development and voiceover success

From the time I was very young, I wondered how speech worked. I had always wondered about what made some people fun to listen too, and other people dull. I was amazed at how inspiring some people were and how depressing others were. I remember, as a young boy, having to go to a speech therapist who was helping me with an articulation problem, and being shocked when she said to me in an angry manner ‘No, can’t you hear you’re saying it incorrectly?” That was the start of my career, because I remember thinking to my self. “there must be a better way to teach this stuff than this!” That was the beginning of my passion for acting, singing, expression, and speech.

When I was in college, I happened to be doing simultaneous projects in the drama department as well as the music department. I was playing “Richard II” which is a very long role, and on alternating nights I was singing Pimen in “Boris Godunov.” There’s an old joke that people who thought they could shout their way through plays, and scream their way through operas, found Fate waiting for them in Verdi and Shakespeare. This was a mind-blowing revelation on the need for vocal efficiency. I realized I couldn’t fake technique, I had to develop technique. I was lucky to be in an extremely demanding situation that clarified the need for learning my craft.

My beginings in voiceovers

As a young man in college I was doing plays and singing and found that I could make great money doing voice overs and narratives for projects that were all around me. I was also coaching a lot of actors and singers. As word spread that I was an effective teacher a very successful man from the Hollywood voiceover world called. Basically, he was having a vocal rough spot and wanted help fixing it. He had heard some positive things about me from people I had coached. We started working together and I was able to fix the vocal problems he was having. Moreover, his “control was better than ever”. Amazingly, in all the years of doing voiceover—no one had ever taught him the basic principles of vocal production. And that’s when I realized that people spend years trying to learn how to act and how to read copy, but too few people invest time developing the engine that does all the work... the voice. The issues of breathing and cadence and voice development—were almost never addressed. So thirty years ago I realized all over again that the voice is a wind instrument and vocal principles have to be learned to maximize naturalness, efficiency, responsiveness and vocal health.  Yes, people get a lot of good advice and performance coaching, but unless they have mastery and understanding of their vocal instrument, they can’t do what they hear in their head. Or they can’t take direction because they don’t have enough vocal control.

It all starts with the voice

That’s why they call it voice over. It’s important to understand that many performers have never really been introduced to the wonderful subtlety and range of their vocal instrument. Yes, some have intensely studied Strasberg, or Hagen, or Meisner, but when it comes to that first point of contact—their voice—most have only touched the tip of the iceberg. Strangely, this is sometimes even true with professional voiceover people. Often they bank on their vocal quality, but not their vocal training. You hear it some times, people struggling with their vocal production in little ways… the breathing may be off here and there, the voice is a little pinched on the end of a phrase—these are the things that limit our ability to read copy persuasively and well. I’ve seen it time and again, where the guy who gives the smoothest, most “spontaneous” and conversational reading beats out the more powerful, but less trained voice. Essentially, ultimately, we hear the control manifested as simple, natural communication.

Your best chance of getting work… is to be yourself

As you work on technique, it becomes a part of how you respond. It must become part of your natural unforced reaction to reading copy. We practice a golf swing so we can be carefree and have fun on the golf course. The purpose of technique is to set us free, not to give us a list of things to worry about. Technique allows us to express what we are thinking in an accurate way and enables us to take direction and render the clients copy in a way that brings their narrative to life whether it’s a national commercial, movie trailer, corporate narrative or an audio book.

Dan Balestrero has taught vocal technique for actors, singers and voiceover artists for over a quarter of a century. He currently has over 70 corporate voiceover clients and has provided voiceovers for over 1000 corporations. His voiceover artists have worked for CBS, ABC, NBC, the WB, FOX, Dreamworks, Paramount, Disney, Tribune Broadcasting, DirectTV as well as virtually all the other major advertising agencies and motion picture studios. 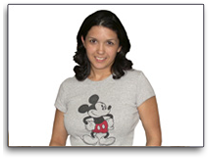 I have so much fun learning from Dan that I actually forget I’m learning some very tough stuff. One of the best teachers I’ve ever had, anywhere. 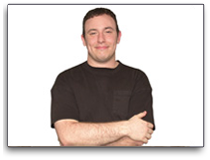 When Dan teaches, you end up having a series of sucess experiences, rather than the usual failures waiting to do it right. He explains so clearly, you can’t help but do it well. 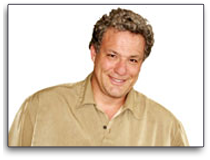 Dan’s not only authoritative and fun, he showed me how to connect vocal technique to voiceover style